Why Football became a Leading Sport?

In the days before intercollegiate athletics began and football was merely a college activity, football was already an event arousing students’ enthusiasm. In those days, football was carried out every autumn by all college students as games called “class battles.” In fact, these were not just a sport but a scuffle organized by upperclassmen to haze freshmen. Football was an annual event for thoroughly persecuting freshmen in order to instill in them the superiority of the upperclassmen. Major tactics were hitting opponents with fists or kicking their shins so that they could not run any more. Quite naturally, every year the games were bloody, with a lot of students injured. So, the first Monday of every September when the class battles were carried out was called “Bloody Monday.”

American universities in those days had a small number of students, and every year, all the freshmen were assembled into one and the same class. The class was unchanged till graduation, which meant that every year till the graduation the students would fight in the bloody class battles together with the same classmates. Because of the fierceness of the fight, the “comrades-in-arms” who fought together would naturally have a strong fellowship. However, such solidarity was not merely shared by classmates. Even students of different classes of the whole university, fighting each other, had some solidarity in the sense that they were fellows who fought each other in the same fierce battle. By virtue of the significant function football had, football was loved by students even though it was really a “dangerous game.” 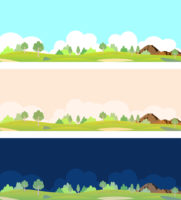 On the other hand, the success of intercollegiate athletics, in which students competed in front of a large number of spectators, brought a profit to the university as well. The profit was not merely that the name of the university was spread widely; intercollegiate athletics improved the image of the university. That is, although at that time the university was believed to be an institution for educating pale and feeble intellectuals, this image of the university was replaced by one of an institution educating well-rounded youth, superior both intellectually and physically. Among all college athletics, football had the largest effect because of its power and physicality. Since the roughness of football was well suited to the mentality of Americans at that time, when they had a preference for toughness and manliness, football gained a wide popularity and took the leading role in college athletics.

Just at that time, in the 19th century, the number of universities was increasing, and collecting a sufficient number of new students was a problem for every university. So, for the university, the significance of winning in intercollegiate athletics was increasing.

As the success in the game became more important, the tactics of football were improved more and more. However, the rough and tumble aspect did not decrease. Rather, it was greatly intensified. Faculties attempted to abolish what they considered the barbarous game of football many times, but since football was high in popularity, was accepted socially and also was profitable for the university, the abolition efforts failed. But, why and how did football, which was so crude in those days, evolve to being as sophisticated as it is at present?

I believe that it is the consequence of the fact that, on one hand, American college athletics had a lot of contradictions and dilemmas and, on the other hand, that university faculties, particularly, have struggled with these dilemmas quite sincerely while, at the same time, being anguished by them. Indeed, it can be said that the present shape and prosperity of American football arose from the very history of anguish of the people who fought to overcome the contradictions and dilemmas presented, historically, by the game. More details on this subject will be forthcoming in the later part.

This article is a revision of the article entitled “In-Depth Cultural Comparison, No. 1: Comparing Canada and America; Ice Hockey vs. American Football” printed in Japonism Victoria, vol. 8 no.2, 2013 published by Japanese Canadian Community Organization of Victoria.