The Truth of Victoria Oriental Home [1] 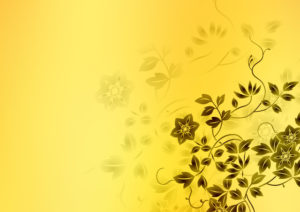 I deplore that the Oriental Home which is a part of the historical fact of the city of Victoria, BC, Canada hasn’t been spoken about openly by the Japanese or Nikkei people. It was seventy years ago that I first heard someone mention the Victoria Oriental Home. It was whispered and was obviously not meant for little ears. There appeared to be something sinister about it.

One September, I had a new seat-mate, AJ, in Japanese Language School. I sensed right away that she was a bit different. She could barely understand or speak Japanese, but her English was good. We soon became close friends since we were very similar.  Although my comprehension of Japanese was good since my parents and their friends communicated with me in Japanese, I was much more comfortable in English, the language I used with my brothers and neighbourhood friends.

One day she invited a few of us to her birthday party. I was the only one who went. I sensed that she was disappointed, but she put on a brave face. There is very little I can recall about the party except that the birthday cake was the largest and prettiest I had ever seen!

We were separated after the bombing of Pearl Harbor, but AJ and I kept in touch periodically throughout our youth and even after our marriages. But, as our lives became hectic we stopped communicating. In the eighties I read a short biography of her mother, published in Japanese. The title is “Chikara To Kihin” (The Strength and Grace) written by Mieko Amano. All the pieces then fell into place. It explained why AJ hardly spoke any Japanese, why others ignored her and shunned her, and why at times she appeared quite brazen. It was because she and her older brother and widowed mother had spent a few years in the Victoria Oriental Home.

According to the author, AJ’s father had been injured badly in a logging accident and was later placed in a mental hospital. Then his brother had tricked her mother out of all their savings. The family was destitute when a member of the Methodist Church in Vancouver (later United Church) helped her mother, older brother and her find a shelter in Victoria. It was the Oriental Home.

Mrs. J learned English by doing housework in a Methodist household and her children were safe. After several years, a Japanese businessman gave her a job since her ability to speak English was a definite asset. Mrs. J was then able to gather both her children and give them a home. What would have happened to the family if the Oriental Home had not given her help when she needed it so badly? 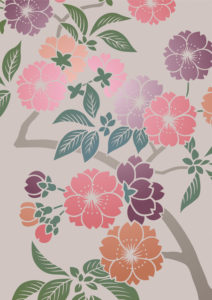 This haven for “Oriental” women and children had been created by Methodist women in 1888 at 100 Cormorant Street (later renumbered 732) as a “Rescue Home for Chinese Girls.” Young Chinese women, mostly young girls, took refuge there. Most of them had been brought to Victoria as prostitutes to service the Chinese bachelors.

According to Methodist records, after 1895, Japanese women and children also became occupants. In 1908, the need for more space necessitated the building of a larger Home on the same site.

By 1907 Chinese women were outnumbered by the Japanese. In the years between 1895 and 1907, 121 Japanese women and girls were registered in the Home. They were often women who had been sent there by Immigration officials when time was required to process their immigration papers. Between the years 1903 and 1915 the Canadian government demanded that picture brides (*1) be married under Canadian law. A total of 697 weddings were held there.

The Church records show that from 1908 to 1942 ninety-two Japanese women sought shelter at the Oriental Home. The majority were Japanese women who were escaping abusive husbands and relatives. A number received help in negotiating better conditions and returned to their husbands; while some returned to Japan, and others became housekeepers in Methodist families until they could re-enter the Japanese immigrant society. Many were converted to Christianity.

The Oriental Home also got involved in the burgeoning Japanese community of Victoria. They began a kindergarten and set up other organizations connected with the United Church; such as CGIT (Canadian Girls in Training), the YWCA, and women’s prayer meetings.

Records show that over the years, the Home cared for many women and their children–a few boys and over 200 girls. Some of these women remarried, others remained single but were later able to support themselves and their children. Widowers who were unable to care for their motherless children also used the facilities of the Home. Their young children were given food and shelter there while the fathers went to work in logging, sawmill, and fishing camps.

*1: Not a few Japanese males emigrated to the U.S. (Hawaii) or Canada chose an unknown female residing in Japan as their wife, by just seeing her photo. After officially registering their marriage in Japan, they invited their “wives” to come to the U.S. or Canada based on the spouse status. This is called “picture marriage,” and their wives are called “picture brides.”

This article is a revision of the article published with the same title by Japonism Victoria, vol.5 no. 7, 2010.

> The Truth of Victoria Oriental Home [2]

The Truth of Victoria Oriental Home [1]